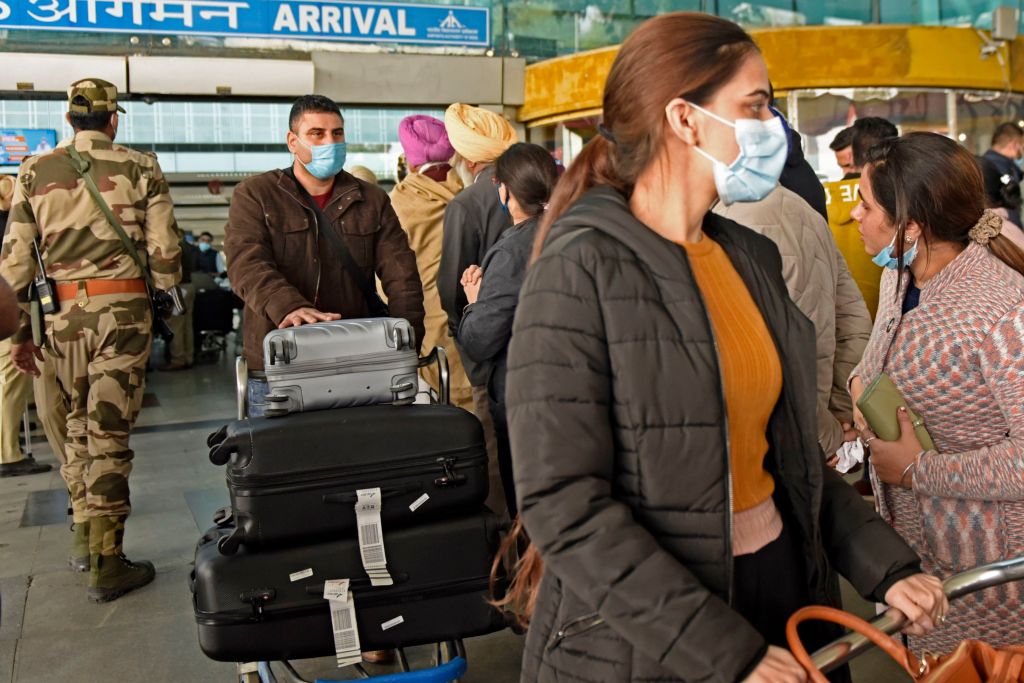 Passengers from the United Kingdom at the airport in Amritsar in the northern Indian state of Punjab. (Photo by NARINDER NANU/AFP via Getty Images)

THE Narendra Modi government on Wednesday (13) withdrew the travel guidelines that were issued earlier this month in a tit-for-tat move to the UK to make travellers coming from that country to India to serve a mandatory 10-day quarantine.

“Revised guidelines for UK nationals arriving in India issued on October 1, 2021, stand withdrawn, and earlier guidelines on international arrival dated February 17, 2021, shall be applicable for those arriving in India from the UK,” the country’s ministry of health said.

A diplomatic row started between India and the UK after London announced in September new rules making it mandatory even for fully-vaccinated Indians travelling to the UK to serve a mandatory 10-day quarantine and undergo the RT-PCR (Reverse Transcription – Polymerase Chain Reaction) test.

The move sparked an outrage in India and New Delhi consequently imposed reciprocal measures for UK citizens travelling to India on October 1.

The UK later announced that it was withdrawing the quarantine for fully vaccinated Indian travellers entering its territory and the new rule came into effect from October 11.

In response, India said it will issue fresh guidelines for foreign nationals travelling to India from the UK, sources said last week.

However, Britain later announced that there would be no quarantine required for fully vaccinated Indian travellers in the UK from October 11.