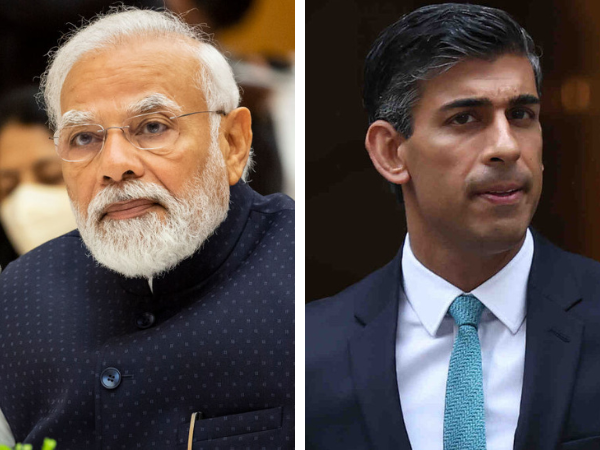 Indian prime minister Narendra Modi and his British counterpart Rishi Sunak have agreed to meet on the sidelines of the G20 leadership summit which will be held in Bali, Indonesia, in mid November.

The 10 Downing Street issued a statement which said, “The leaders also agreed to work together as two great democracies to strengthen the developing economies of the world, and looked forward to meeting in person at the G20 in Indonesia.”

The statement added that Modi conveyed his best wishes on the appointment of Sunak as the new premier of the UK on behalf of the people of India.

Sunak became the first British prime minister of Indian-origin earlier this week when he succeeded Liz Truss who could be in power for less than 50 days.

Modi was among the leaders who spoke to Sunak on Thursday (27).

During their conversation, Modi emphasised on the need for an early conclusion of the free trade agreement (FTA) with the UK, which was expected to be completed by Diwali this year but took a backseat because of the political turmoil in Britain over the last few months.

He added, “We will work together to further strengthen our Comprehensive Strategic Partnership. We also agreed on the importance of early conclusion of a comprehensive and balanced FTA.”

“The prime minister hoped the UK and India could continue to make good progress in negotiations to finalise a comprehensive Free Trade Agreement,” said the statement issued by 10 Downing Street.

In response to Modi’s tweet, PM Sunak thanked the former for his “kind words” as he was getting started in his “new role”.

“The UK and India share so much. I’m excited about what our two great democracies can achieve as we deepen our security, defence and economic partnership in the months & years ahead,” Sunak tweeted.

The British prime minister also said that he was a visual representation of the historic links between the UK and India, and aimed to build on this relationship to develop ever closer ties between the two sides.