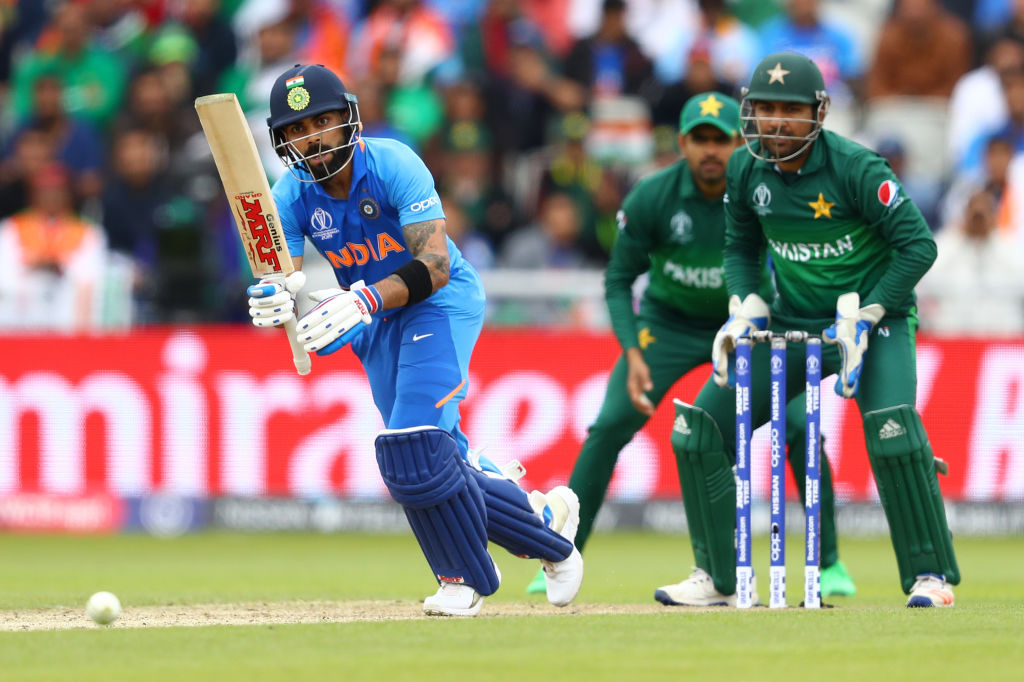 Virat Kohli in action against Pakistan in a game during the ICC Cricket World Cup 2019 in England. (Photo by Michael Steele/Getty Images)

INDIA captain Virat Kohli on Saturday (16) downplayed the “hype” surrounding the India-Pakistan clash in the T20 World Cup starting in Muscat, Oman, on Sunday (17), saying it’s “just another match for us” despite the ridiculously high demand for tickets.

The arch-rivals will lock horns in their first game of the tournament at Dubai International Stadium, Dubai, the United Arab Emirates, on October 24 in a Group B fixture. This will be the first meeting between the two sides since their June 2019 match in the 50-over World Cup which India had dominated. Pakistan have lost all the 12 matches they have played against India in the World Cups, be it in the 50- or 20-over format.

Pakistan captain Babar Azam, who will play in his maiden T20 World Cup this time, recently said that his team is confident of beating India in the high-profile clash. But his opposite number refrained from making tall claims and said, “I honestly never felt so” when asked whether it feels different when India play Pakistan.

“I have just approached this game as another game of cricket and I know there is a lot of hype around this game, more so with ticket sales and demands of tickets,” Kohli, who has some great batting performances against the arch-rivals, said.

On a lighter note, Kohli said that he has refused a lot of friends who have asked for tickets. “… and right now, the value of those tickets are ridiculously high and that’s all I know, my friends are demanding tickets right left and centre and I am saying, ‘no’,” the Indian captain, who will step down from the national leadership in the shortest format after the World Cup, said.

Kohli said one needs to be professional and play the game in the right spirit, like they would do with every match.

“Apart from that, I don’t think we can make anything extra out of this game and for us it’s a game of cricket that has to be played in the right spirit, in the way we know we can,” he said.

“Yes, the environment you can say is different from outside and from fans’ point of view, definitely more excitement in the air but from a players’ point of view, we try to stay as professional as we can and always approach the game in the most normal way possible,” he said.