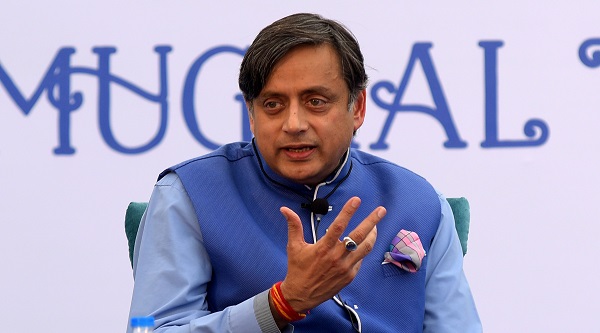 ALLEGING that south India received “step-motherly” treatment under the Modi government, senior Congress leader Shashi Tharoor said the south will play a key role in voting out the ruling dispensation and  “overwhelmingly” side with the Congress.

Emphasising that all sections of the country are equally important to the Congress and have been equally sought after, he said party president Rahul Gandhi’s decision to contest from Kerala’s Wayanad sent a message that under Congress rule, the concerns and aspirations of southern states will not be ignored at the Centre.

“I think the south will definitely play an instrumental role in deciding the political fate of the country, particularly in the context of voting out the present ruling dispensation, under whose tenure, the south has an understandable case of step-motherly treatment under the Centre,” Tharoor said in an interview.

He alleged that in the last five years of BJP rule, there has been a “widespread assault” on the spirit of cooperative federalism which has held the country together since Independence.

“This is partly on account of cultural factors such as the beef ban and the drive to impose Hindi as a national language, but also because of larger issues such as the uproar regarding the terms of reference of the 15th Finance Commission which has implications on the financial and political security of the southern states,” he said.

The Congress, particularly with Rahul Gandhi’s decision to contest from the south, has made a very effective outreach towards the southern states, the former Union minister said.

The Congress chief contesting from Wayanad has sent a clear message that under Congress rule, the concerns and aspirations of these states will not be ignored at the Centre, least of all under a potential prime ministerial candidate who will be elected from the south, Tharoor said.

“As my own experiences in Kerala tell me, this message has been widely and popularly received and it is clear that the south will overwhelmingly side with the Congress as the most credible alternative to the present ruling dispensation,” the 63-year-old leader said.

Tharoor, who is seeking a third straight Lok Sabha term from Thiruvanathapuram, which went to polls on April 23, also asserted that there will be a coalition government at the Centre after the elections and that the coalition is more likely to be UPA-3 rather than an NDA-3.

“The fundamental fact that the performance of the BJP in 2014, where they secured 282 seats, is based on simple mathematics, a performance that is impossible for them to repeat, even if they had been highly successful in government, which they were lamentably not,” he said.

“Given how poorly they performed in government, the scale of the frustration and disappointment with their performance is immense and is likely to result in a significant reduction in their seats,” he claimed.

Tharoor contended that the BJP will be forced to turn to regional parties for support to form a government, but most of those potential partners would be unwilling to offer their support, given how their concerns and voices were “diminished and marginalised” under the Modi-Shah regime of the last five years.

“Many of those who had joined the NDA got their fingers burned — many subsequently left their erstwhile alliance with the BJP or openly bickered with them. This sends a clear signal that allying with the BJP comes at a heavy price,” he claimed.

In contrast, the Congress has presented a compelling and credible narrative across the country and has implemented an effective and energetic campaign during the current elections, he said.

This, along with the rising anti-BJP wave and the Congress’s historic record and capability of working with regional partners makes it clear that when the coalition government is formed, it will most definitely be the return of the UPA, Tharoor asserted.

On whether Rahul Gandhi could be the front-runner for being the opposition’s prime ministerial choice, he said Gandhi is the party chief and if the Congress gets a majority, he will be PM.

“If the government is a coalition, obviously this is a decision that will jointly be taken by the leadership of the parties that constitute the coalition and will take place through established processes and conventions,” he said.

This is only likely be discussed once the results of the election become clear, he added.      However, Tharoor said Gandhi has all the right qualities to make an excellent prime minister for the country.