Storm Continues Over #MeToo Claims Against Chief Justice Of India 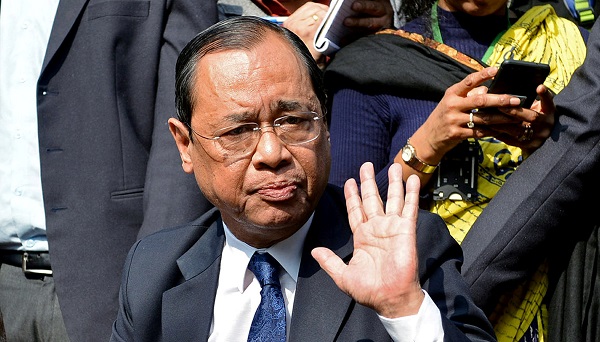 On Monday (6) a three-judge panel, one of whom was a woman concluded that accusations against 64-year-old Ranjan Gogoi had “no substance”, according to a press statement from the supreme court, prompting protests in Delhi and Bengaluru (Photo: REUTERS/Stringer/File Photo).

SEVERAL dozen employees of India’s highest court gathered Wednesday (8) to express support for the chief justice, days after an in-house inquiry cleared him of sexually assaulting a former staffer.

On Monday (6) a three-judge panel, one of whom was a woman concluded that accusations against 64-year-old Ranjan Gogoi had “no substance”, according to a press statement from the supreme court, prompting protests in Delhi and Bengaluru.

Gogoi became the highest-profile figure to be caught up in India’s #MeToo backlash after being accused by a former staffer of twice making unwanted advances towards her.

The woman, 35, wrote a letter to the inquiry panel Tuesday (7) saying she was “shocked” by the findings of the report, which will not be made public although it was submitted to a senior judge and to Gogoi.

“I find it rather strange that the complainant in a case of sexual harassment is not to be provided with a copy of the report which finds her complaint to be without substance”, she said.

Several women’s rights activists were detained Tuesday (7) during a demonstration outside the Supreme Court, one of India’s most respected institutions.

Wednesday’s (8) small protest was in support of Gogoi.

Last week, the woman said she was withdrawing from the inquiry as she was “not likely to get justice” from the panel.

In a letter, she said she found the “atmosphere of the committee very frightening” and that she felt “very nervous” as she was not allowed to be accompanied by her lawyer.

Gogoi, who is due to retire in November after a year in the job, has called the allegations “unbelievable” and an attempt to malign his reputation.

The case comes after a string of “#MeToo” sexual harassment allegations were publicly made against Bollywood directors, actors and media figures last year.

A junior foreign minister was forced to resign after several women accused him of harassment. He has since sued one of the women for alleged defamation.