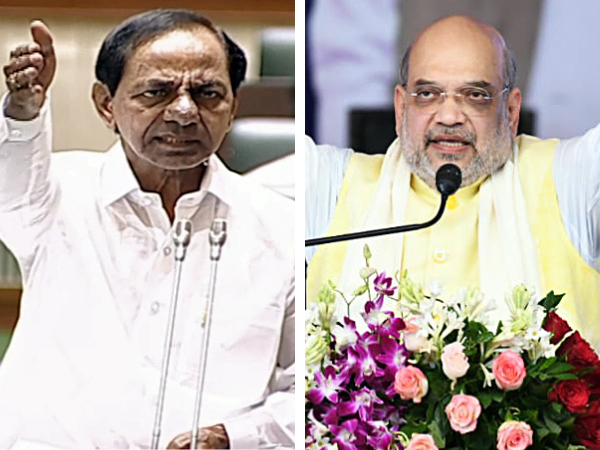 The historic city of Hyderabad on Saturday (17) observed the 74th anniversary of the merger of the erstwhile princely state of Hyderabad to the Indian Union but a clear political polarisation was visible in the city over the celebration of the special day.

While K Chandrasekhar Rao, the Telangana Rashtra Samithi (TRS) chief minister of Telangana of which Hyderabad is the capital, celebrated the ‘Telangana National Integration Day’, Indian home minister Amit Shah was found celebrating the same occasion some kilometres away in the city under the name of ‘Hyderabad Liberation Day’.

Rao, who declined an invite to attend Shah’s event, asked why the Bharatiya Janata Party (BJP) was not observing the integration of the erstwhile princely state of Junagadh in Gujarat and wanted to “focus on Hyderabad”.

Telangana will go to its next assembly elections in 2023 end and according to political observers, the BJP is eyeing consolidation in the southern state where opposition parties such as the Indian National Congress and Telugu Desam Party have weakened. Rao’s TRS has been in power in Telangana ever since the creation of the state in 2014 and the saffron party, which wants to make some serious inroads into the southern states, has its eyes on the new state.

Rao is aware of the BJP’s ambition and has accused it of “divisive agenda”.

The BJP has tried to outdo the ruling party and it is evident from the fact that it has planned a year-long celebration to mark Hyderabad’s integration, coinciding with the Narendra Modi government’s ‘Azadi Ka Amrit Mahotsav’ programme to commemorate 75 years of the country’s Independence. The TRS, on the other hand, has planned a three-day festival.

Shah was also joined by the chief ministers of neighbouring Maharashtra and Karnataka, the two BJP-ruled states that include parts that ceded from the former Hyderabad state.

The BJP has in the past repeatedly accused the TRS of not celebrating Hyderabad’s ‘Liberation’ saying it was engaged in “vote bank politics”.