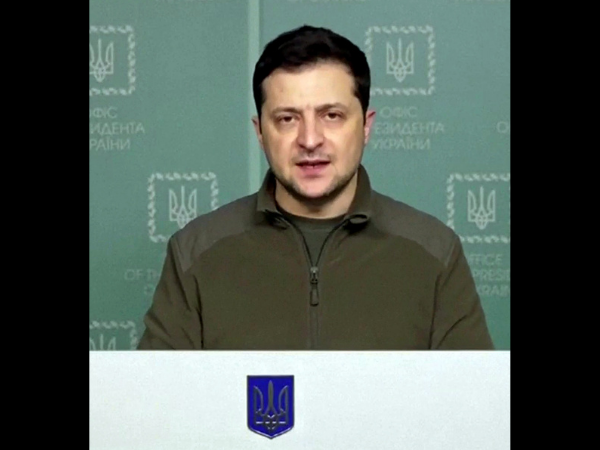 Ukrainian president Volodymyr Zelenskyy has questioned why countries like India, Japan, Brazil and his own nation are not permanent members of the UN Security Council and said the day will come when this will be resolved.

There was a lot of talking about reforming the UN. How did it all end? No result, Zelenskyy said in his pre-recorded message to the world leaders at the UN General Assembly’s General Debate on Wednesday.

If you look carefully at our peace formula, you will see that its implementation is already becoming a de facto reform of the United Nations. Our formula is universal, and unites the North and the South of the world. It calls for the world’s majority, and encourages to expand the representation of those who remained unheard. This is an imbalance when Africa, Latin America, most of Asia, Central and Eastern Europe comply with the right of veto, that they themselves never had, he said.

And this is what Ukraine is talking about. And have you ever heard such words from Russia? But it is a permanent member of the Security Council. For some reason. For what reason, not Japan or Brazil, not Turkey or India, not Germany or Ukraine. The day will come when this will be resolved, he said.
India has been at the forefront of efforts at the UN to push for urgent long-pending reform of the Security Council, emphasising that it rightly deserves a place at the UN high table as a permanent member.

At present, the UNSC comprises five permanent members and 10 non-permanent member countries which are elected for a two-year term by the General Assembly of the United Nations.

The five permanent members are Russia, the UK, China, France and the United States and these countries can veto any substantive resolution. There has been growing demand to increase the number of permanent members to reflect the contemporary global reality.

Zelenskyy, who was for the first time addressing the world’s leaders gathered together since Russia invaded in February, told the world leaders to look at how many elements of global security Russia has undermined with its war maritime safety, food safety, radiation safety, energy safety and safety from weapons of mass destruction.

We are already restoring maritime safety and food security, he said, adding that he thanks secretary general Antonio Guterres for his personal involvement.

He said despite all the difficulties caused by the war, Ukraine decided to provide humanitarian aid to Ethiopia and Somalia, so we will send them an additional amount of our wheat.

Zelenskyy’s speech was one of the most keenly anticipated at a gathering that has dwelled this year on the war in his country.