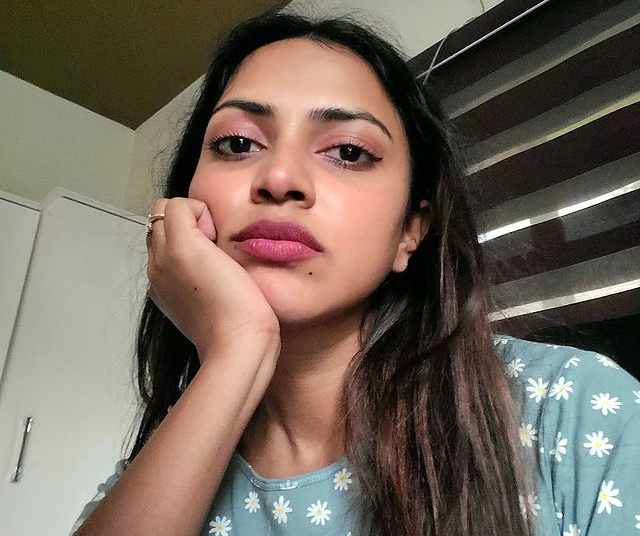 Indian actress Amala Paul, who is known for her work in Tamil, Malayalam, and Telugu cinema, recently visited the Thiruvairanikulam Mahadeva temple in the Ernakulam district of Kerala. However, she was denied entry inside the temple premises by the officials.

The temple is reportedly open only to Hindu devotes and Amala is a Christian.

Reacting to the development, the temple authorities said they were duty-bound and were only following the protocol as only Hindus are allowed inside. They also said that they were “afraid of the controversies as she is a celebrity.”

Alleging ‘religious discrimination,’ Amala Paul shared her experience in the temple’s visitors register, saying that she “felt the spirit even though she didn’t see the Goddess.”

The temple administration, which has been under the scanner ever since the incident came to light, said, “This is a temple that follows Hindu customs. Some devotees belonging to other religions visit the temple, but no one knows that. However, when a celebrity from another community comes, it becomes a controversy. For example, many Christians and Muslims may be visiting the Guruvayoor temple. However, the issue is only on entry for Yesudas as he is a celebrity. Yesterday Amala Paul came for a darshan. We asked her about her religion as she came to the office. We asked her whether she underwent any conversion to Hinduism, and she answered no. So, we denied our difficulty to provide her entry into the temple as it can be a controversy. We told her to have a darshan from the road and she accepted. She came back to the office and we offered her prasadam.”

The temple administration is run by Thiruvairanikulam Mahadeva Temple Trust which was formed in May 1991.