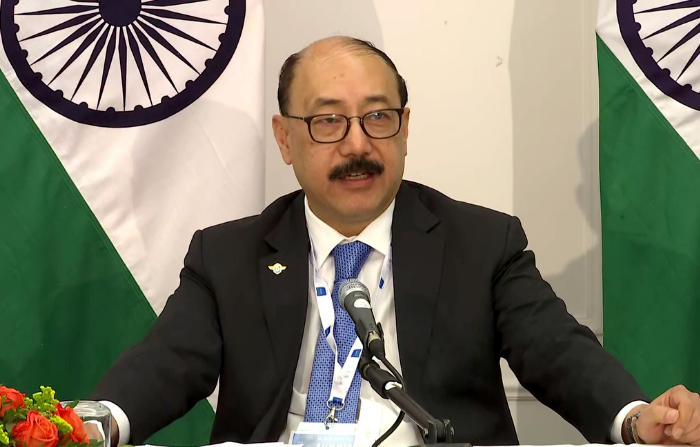 INDIA on Wednesday (24) reaffirmed the need for an inclusive negotiated political settlement to the ongoing crisis in Afghanistan and said its territory should not be used to the detriment of any other country.

Speaking in a virtual interactive session at the Indian Chamber of Commerce, Indian foreign secretary Harsh Vardhan Shringla said New Delhi is in touch with all countries concerned about Afghanistan, noting that it will have to see the best way to protect its interests and “make the best” of a difficult situation.

The foreign secretary also said New Delhi has been “active” and “engaged” with the international community on the situation in Afghanistan to ensure that its larger interests are shielded.

“We are in touch with all the countries concerned on this issue and we will have to see how best to protect our interests, make the best of a difficult situation,” Shringla said.

“But I think, in many senses, we have been quite active and I would say, engaged on the international front to make sure that our larger interests are protected and we are not in any way vulnerable to the new strategic realities in this part of our region,” he added.

Shringla mentioned the United Nations Security Council Resolution 2593 on Afghanistan and called it a “seminal one”.

“The UN Security Council resolution 2593 which is even now a seminal resolution on Afghanistan because it lays the benchmarks of what the international community expects from Afghanistan and what are those requirements from the Taliban,” he said.

“One is an inclusive negotiated political settlement, the second is that its territory should not be used against the detriment of any other, the third is that they should provide humanitarian access, the fourth is that there should be no human rights abuses on women, children and minorities,” he added.

The diplomat also said that there was a need to provide humanitarian access to Afghanistan and there should be no human rights abuses of women, children and minorities.

The foreign secretary also mentioned the regional dialogue that India hosted recently on the Afghan situation. The event was attended by the national security advisors (NSAs) of Russia, Iran, Kazakhstan, Kyrgyzstan, Tajikistan, Turkmenistan and Uzbekistan and was chaired by Indian NSA Ajit Doval.

A declaration released at the end of the dialogue said Afghanistan’s territory should not be used for sheltering, training, planning or financing any terrorist act.