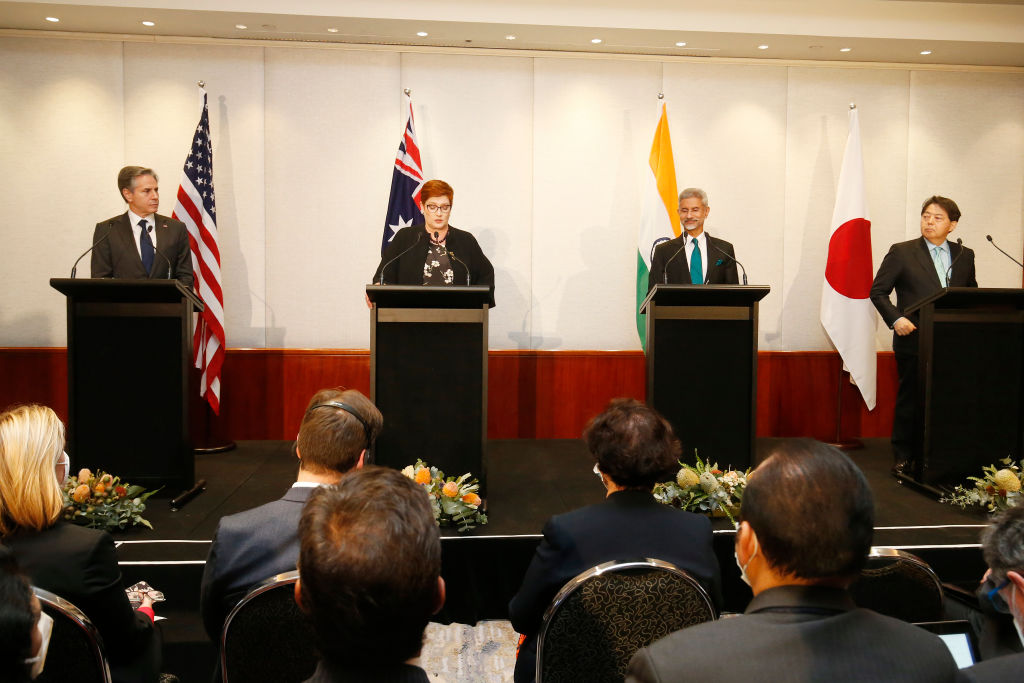 THE member-states of the Quadrilateral Security Dialogue or Quad, an informal grouping comprising India, the US, Australia and Japan, on Friday (11) pledged to deepen their cooperation to ensure that the Indo-Pacific region was free from “coercion” in what many took as a thinly veiled swipe at China’s growing economic and military expansion in the area.

Foreign ministers of the four countries met at the fourth Quad Foreign Ministers’ Meeting in Melbourne, Australia, to discuss key issues such as climate change and Covid-19 besides the “coercion” in the Indo-Pacific. They vowed to work on humanitarian relief, terrorism, cyber and maritime security as well as global supply-chain challenges.

The meeting also came at a time when tension is escalating between the US-led west and Russia over the latter’s likely invasion of Ukraine and the issue was also discussed by the Quad representatives with US secretary of state Antony Blinken calling Moscow’s build-up at the Ukraine border as a challenge to the international rules-based order. He said Quad would work to preserve that.

Appreciate that PM @ScottMorrisonMP met the Quad FMs collectively before we began talks. His insights and thoughts were valuable.

We are focused on the early and effective realization of our Leaders' vision. pic.twitter.com/VfKMSRcbdw

“That includes championing the rights of all countries to choose their own path, free from coercion and the right to have their sovereignty and territorial integrity, respected. Whether that’s here in the Indo-Pacific, in Europe, or anywhere else in the world,” Blinken said in his opening remarks of the meeting.

The Joe Biden administration in the US wants to show the world that its long-term strategic goal remains in the Asia-Pacific and that a major foreign policy crisis in one part of the world doesn’t affect its key priorities.

When reporters asked Blinken on Friday whether a confrontation with China in the Indo-Pacific was inevitable, he said “nothing is inevitable”.

New pledges by the grouping are unlikely to be made before a summit in May in Japan where Biden could be present. Payne said issues such as Ukraine, China and North Korea would also be discussed.

“More than one authoritarian regime is presenting itself in the current world climate as a challenge. DPRK (North Korea), China as well and they will be part of our discussions today. We strongly support U.S. leadership on these challenges,” she said before a bilateral meeting with Blinken.

Indian external affairs minister Subrahmanyam Jaishankar said the meeting of the Quad foreign ministers is an opportunity to review the progress made since a vision was laid out at the Quad Leaders’ Summit in Washington DC last September.

“In September, you (Australian PM), our prime minister (Narendra Modi), president Biden, prime minister of Japan, collectively gave us guidance, laid out a vision for Quad. I want to assure you that we’ve all been at work. I think today’s meeting gives us an opportunity to review how much we’ve progressed on that vision that was laid out,” Jaishankar said.