Villages Heads In Jammu And Kashmir To Get Security, Insurance Coverage 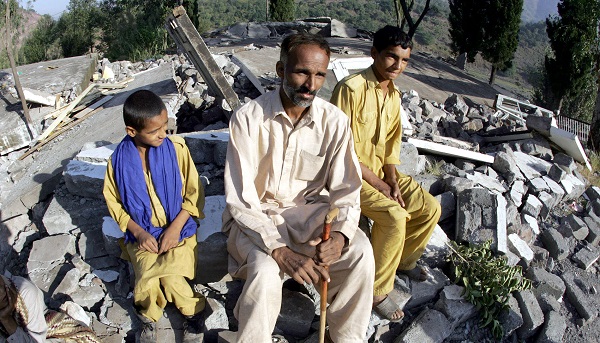 The home minister also assured the team comprising 20 members from Jammu region and Kashmir Valley that at least five youths from each village of Jammu and Kashmir will be given government jobs in the coming months and the demand for increasing the honorarium of the panch and sarpanch will be considered (Photo: SAEED KHAN/AFP/Getty Images).

ALL panch and sarpanch, who are vulnerable to threats from terrorists in Jammu and Kashmir, will get police security and insurance coverage of Rs 200,000 each.

This assurance was given by Home Minister Amit Shah to a delegation of sarpanch (village head) and panch (panchayat member) from Jammu and Kashmir who met him on Tuesday.

The home minister also assured the team comprising 20 members from Jammu region and Kashmir Valley that at least five youths from each village of Jammu and Kashmir will be given government jobs in the coming months and the demand for increasing the honorarium of the panch and sarpanch will be considered.

The security will be given to those panchayat members whose threat perception is high.

Another sarpanch, Zuber Nishad Bhat, who is from Harvan in Srinagar district, said the home minister also assured them that insurance coverage of Rs 200,000 will be provided to every panch and sarpanch.

He said the home minister told the delegation that mobile phone services in the state will be restored in the next 15-20 days.

Junaid, a former president of Kashmir University Students Union, said the home minister told the panch and sarpanch that, as promised on the floor of Parliament, the statehood of Jammu and Kashmir will be restored when the situation becomes normal.

Panchayat elections in the state were held last year after a gap of six years. More than 35,096 panch and sarpanch were elected to 4,490 panchayats.

Junaid said Shah assured them that the election to the Block Development Councils will be held in next two months. There are 316 blocks in Jammu and Kashmir.

“People are happy due to the abrogation of Article 370 as they were intimidated by Muftis and Abdullah in the past,” he said.

Union Minister for PMO Jitendra Singh, who attended the meeting said a new leadership, free from any dynasty, is emerging at the grassroot level and they are happy about the abrogation of the special status given to Jammu and Kashmir and the central funds will reach them directly now.

“The delegation of panch and sarpanch has assured full cooperation in implementing the government development projects and in return the panchayats will get adequate funds under various schemes,” he said.

Singh, who is an MP from Udhampur, said at least five jobs will be given to youths from each village on basis of merit and they were assured that their concerns will be addressed.
The minister said the home minister has assured the delegation that the restrictions imposed in Jammu and Kashmir will be restored gradually with the improvement of the ground situation.

Nazir Ahmed, a sarpanch from Ganderbal district, said there is complete normalcy in rural areas.

Manoj Pandita, a sarpanch from Pulwama, said the home minister told them that they should visit each village and each household and convey the benefits of removing Article 370.

Ali Mohammad, a sarpanch from Srinagar district, said they were keen to carry forward development work but needed uninterrupted funds.  A similar sentiment was expressed by Bobita Bhat, a sarpanch from Pulwama.