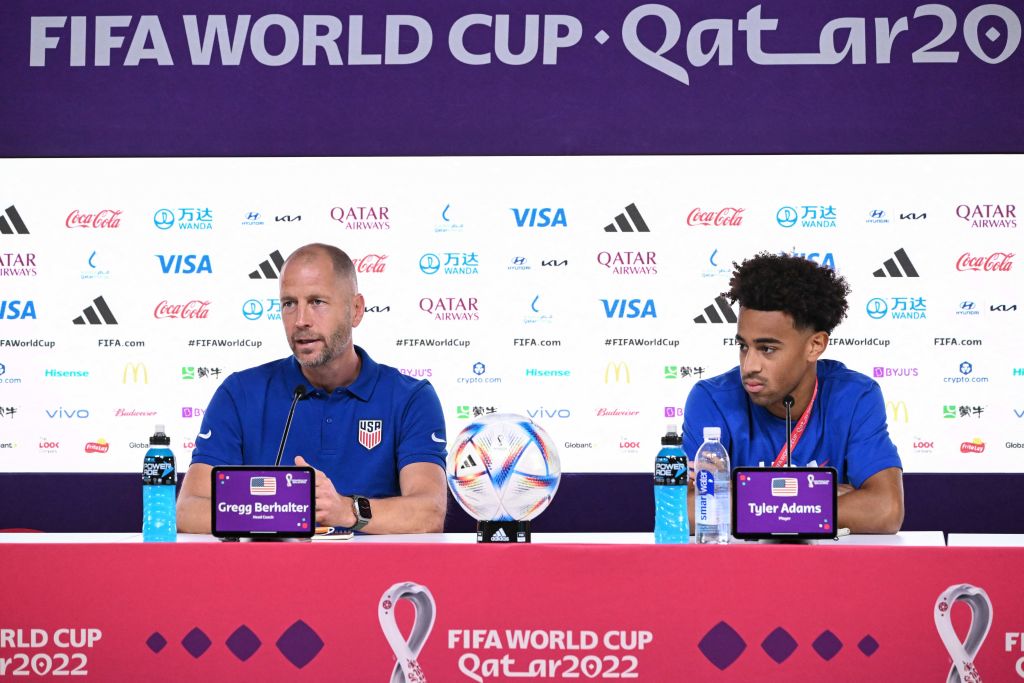 United States skipper Tyler Adams says his teammates are embracing their underdog status as they chase another World Cup upset against mighty England on Friday.

The US head into Friday’s Group B clash at the Al Bayt Stadium desperately needing a positive result after being held to a 1-1 draw against Wales on Monday.

England meanwhile go into the game on a high after a 6-2 mauling of Iran, and a win for Gareth Southgate’s side would see them assured of a place in the last 16.

Leeds midfielder Adams however says the Americans are unfazed by the prospect of taking on a team he regards as one of the tournament favourites.

“I think England are currently one of the favourites to win the World Cup,” Adams told a press conference on Thursday.

“I think that in a lot of games people say we’re the underdogs. But we carry that with pride. It doesn’t mean anything to us to be underdogs, or to be favourites. That being said, when we step on the field against England we have to be prepared or else a win is not possible.”

In two previous meetings at the World Cup, the United States have never lost to England.

They famously sent the English crashing out of the tournament in 1950 with a 1-0 defeat, and in 2010 held a star-studded England team to a 1-1 draw in South Africa.

Adams says Friday’s game is a chance to accelerate a positive shift in how American soccer is perceived around the world.

“It’s a huge opportunity to fast track the impact that we can have,” Adams said.

“These are the games where it’s a high pressure, privileged moment to step on the field against some of these guys… When you get a result in a game like this people start to respect Americans a little bit more.”

US coach Gregg Berhalter meanwhile said the Americans were confident of being able to pose a threat to England’s hopes of victory.

“We think there’s areas that we can exploit and we can hurt them,” Berhalter said.

The United States have the second youngest team in the World Cup, with a talented largely Europe-based squad brimming with technical ability.

Berhalter however said suggestions that the current crop of American players represented a “Golden Generation” were premature.

“That’s just TBD (to be determined),” Berhalter said. “We haven’t achieved anything as a group on the world stage.

“When you’re talking about England — they came fourth (at the 2018 World Cup) and second (at Euro 2020). Those are tangible things that you can point to. We’re just not there yet.

“We need to use this World Cup to establish ourselves and then hopefully move to the next World Cup and do the same. We’re getting a little bit of ourselves calling the team that.”

Berhalter meanwhile revealed that his off-field friendship with Southgate had been put on hold in the build-up to Friday’s game.

“I’ve been Whatsapping him but I haven’t seen the blue check marks,” Berhalter said.

“We kind of took a hiatus. I’m sure we’ll pick up our relationship after tomorrow.”