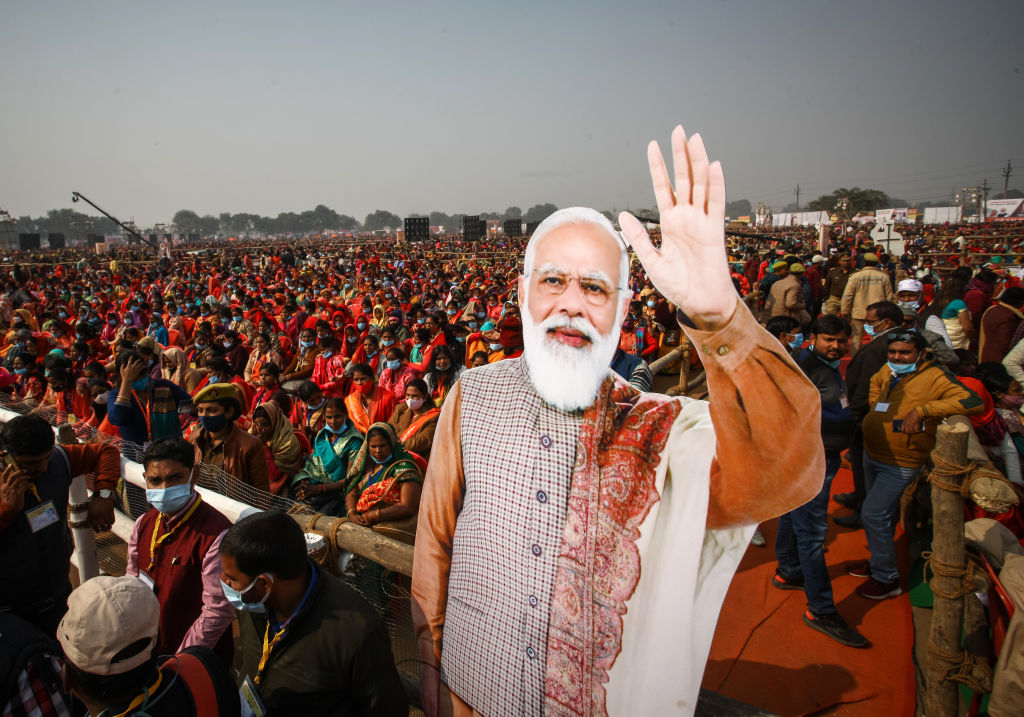 THE next general elections in India are still some time away but the country’s ruling Bharatiya Janata Party (BJP) will be up against some key challenges in 2022 and the outcomes of these battles will determine how well it is prepared to take on the massive task in 2024 when prime minister Narendra Modi will seek his third successive term.

As 2022 approaches, the saffron party finds itself on the cusp of the most consequential cycle of state polls since the 2019 Lok Sabha elections as the results will tell whether the build-up to 2024 will be bumpy or easier.

If 2021 marked the rare occurrence of the Modi-led government bowing before organised protests, mounted by farmers in north India against three controversial agriculture reform laws and the BJP’s strong election machinery failing to accomplish a mission against a popular regional satrap in Mamata Banerjee in the eastern state of West Bengal, 2022 will reveal if the ripples these developments caused have far-reaching impact.

According to political experts, the assembly elections in Uttar Pradesh will be key. It was its sweeping win in the state in the 2017 assembly elections that made the BJP favourites for the 2019 general elections and some setbacks in states such as Madhya Pradesh, Chhattisgarh and Rajasthan could not dampen the tide the Uttar Pradesh poll results produced in the BJP’s favour.

After the BJP bagged 312 out of 403 seats in the Uttar Pradesh assembly, Omar Abdullah, a top leader of the National Conference in Jammu and Kashmir, had tweeted that “at this rate we (opposition) might as well forget 2019 & start planning/hoping for 2024”.

Many mocked his remarks at that time but they turned out to be prescient.

It is turn for Uttar Pradesh to go to polls again and with it, states such as Uttarakhand, Punjab, Manipur and Goa will also witness elections in early 2022. The Election Commission of India is likely to announce the dates for the elections any time in January.

The BJP has swept Uttar Pradesh for two consecutive general elections and that has played a big role in it bagging a majority of seats across the nation. The BJP, which rules most of the poll-bound states, is not complacent as its top leaders have been making frequent visits to the states that will go to polls. Even their tallest leader, Modi, has been found busy addressing public meetings and flagging off development projects in key states such as Uttar Pradesh and Uttarakhand.

Indian home minister Amit Shah, who is the second most powerful leader in the BJP, is known for his keen understanding of Uttar Pradesh’s political dynamics which is woven around factors such as religion, caste, regionalism, local and governance-related issues. He has also been making frequent visits to the state as the BJP believes another emphatic win in Uttar Pradesh will do more than adequate in setting the tone for the next general polls.

The state’s chief minister Yogi Adityanath has also been projected as a poster boy of the BJP’s Hindutva politics and the party is projecting development work in the state under him as a reason why the voters should elect him again this time.

In Uttarakhand, the BJP is going to the polls with a third chief minister – Pushkar Singh Dhami – at the helm since 2017 when it came to power in the hill state. While it could have been considered an obvious disadvantage to the ruling party, infighting within the opposition Congress combined with the BJP’s strong organisation and the ‘Modi factor’ have made the battle interesting.

According to critics, lack of strong action against right-wing activists accused of encouraging violence against the minority community at a ‘dharma sansad’ (religious parliament) in Haridwar in Uttarakhand, where the BJP is in power, is linked to the polls as it would like issues that cause religious polarisation to take the centre stage to beat any anti-incumbency it may be facing in Uttarakhand and Uttar Pradesh.

The BJP has said on the other hand that questions about such events should be asked to the organisers and not to it.

The BJP is also keen to make a comeback to power in Punjab where it last ruled in alliance with the Shiromani Akali Dal which severed its ties with the saffron party-led National Democratic Alliance over the contentious agriculture laws. The Modi government has tried to win back the Punjab voters’ trust by repealing the farm laws and joining the newly floated party of former chief minister Captain Amarinder Singh and that of Sukhdev Singh Dhindsa. It has also inducted a number of Sikh leaders, including sitting members of the legislative assembly, to reach out to the community which had led the agitation against the three laws.

If the elections in Uttar Pradesh are seen as a natural barometer to judge the mood of the country, a good performance by the BJP-led alliance in Punjab will reiterate the lotus party’s continuing ability to adapt to defy odds.

If 2021 was the year of political and governance challenges for the ruling party as the second wave of Covid convulsed the country before farmer unions marched to Delhi border, 2022 poll results will tell if people have bought into the opposition’s charge of incompetence against its governments at the Centre and states in their handling of the pandemic or agri issues or their trust in the party remains intact.

The BJP is in power in six of the seven states that go to polls in 2022, which makes the stakes high for the party.