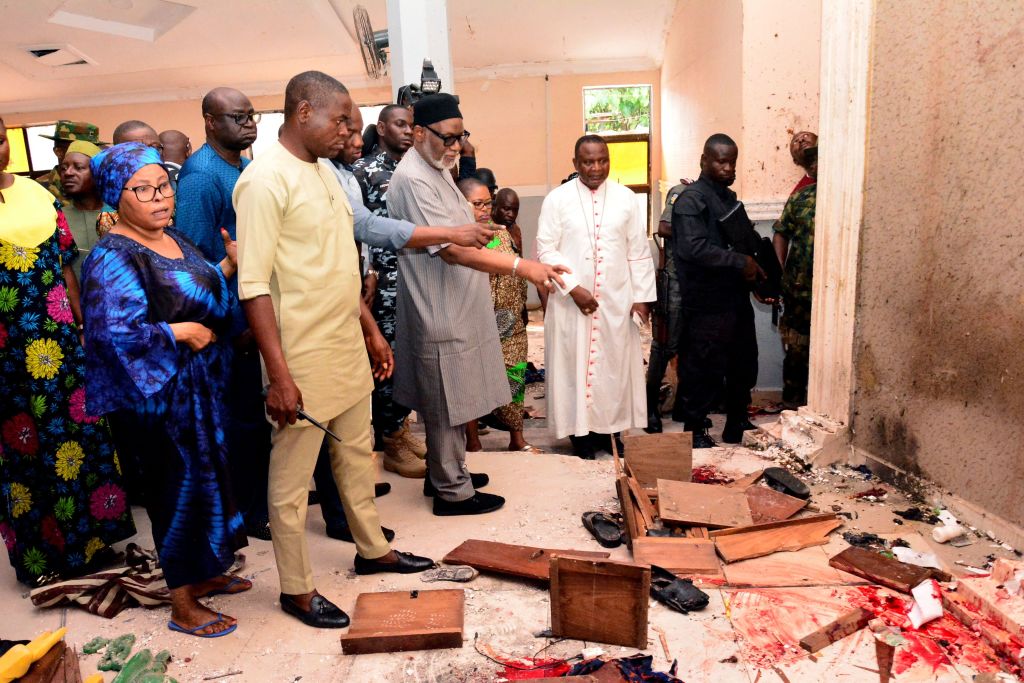 SURVIVORS of an attack by unknown assailants on a Catholic church in Nigeria lay weeping and writhing in pain at a local hospital on Monday (6) after suffering what a doctor described as lacerations, bullet wounds and blast injuries.

At least 50 people including children were killed, according to media reports, during the attack on St Francis Catholic Church in the town of Owo, which took place during Sunday mass as worshippers were celebrating the Christian holiday of Pentecost. Police have yet to release a death toll.

“Immediately they entered and started firing everywhere, so many people,” said Alex Michael, who was shot in the leg while protecting his children by hiding them under chairs. He appeared dazed as he sat on his hospital bed.

Around him were other survivors, many with limbs wrapped in bloodstained bandages. One man writhed and moaned on his bed, while a woman wept as she embraced her brother. A 15-year-old victim lay silently with a drip in his hand.

Dr Samuel Aluko, a registrar at the hospital, said 27 adult victims were receiving treatment in his department for a wide range of injuries.