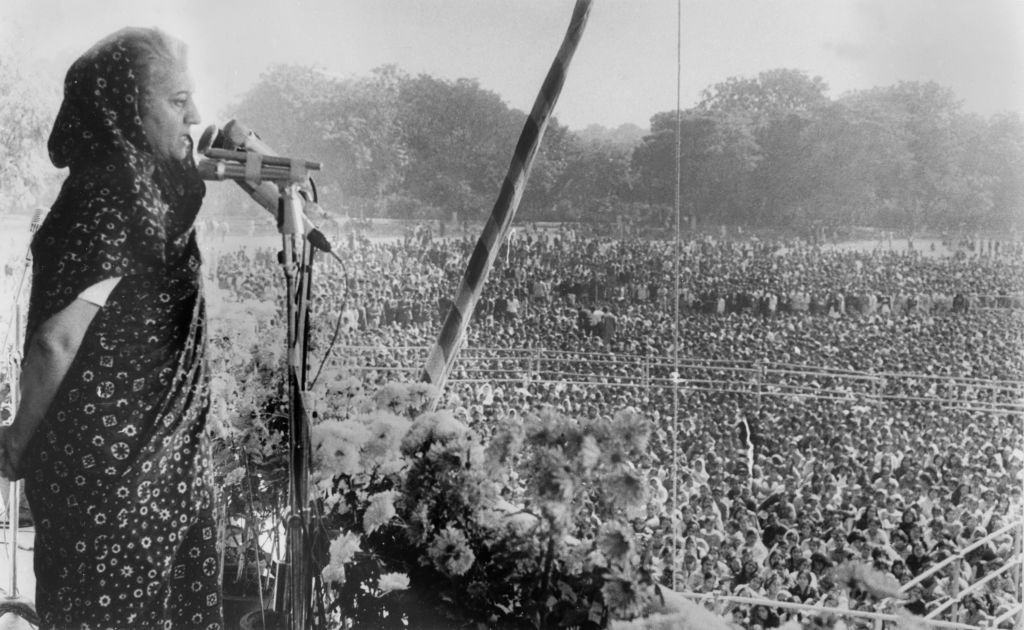 THE date October 31 is a political one in India. It was on this day India’s first home minister and deputy prime minister Sardar Vallabhbhai Patel was born in 1875. One-hundred and eight years later, former India prime minister Indira Gandhi was assassinated by her own bodyguards on the same day. October 31 remained in the public memory more as a day of tragedy as India lost its only woman prime minister on this day. But since 2014 when Narendra Modi, the current prime minister, came to power, the script has seen a change.

Modi, who represents the Bharatiya Janata Party (BJP), which has emerged as a powerful national force over the last few years and has put the Congress at a disadvantage, has very thoughtfully penned an alternative political script. It is not that he has started writing this script for the first time. The BJP’s rise in India has primarily been based on this alternative but Modi has given it very fine finishing touches.

The Congress has more legendary leaders in its closet than the BJP for obvious reasons. It was the party which was at the front when India fought the colonial powers. The BJP was not in existence then and its predecessor parties and outfits were dwarfs in comparison. So when the BJP gained prominence in Indian politics like never before, it made a clever move. Since it did not have icons from the pre-independence era in abundance like the Congress, it simply started hijacking them!

The strategy paid off in more than one way. First of all, it exposed the Congress’s dynastic politics, something that Modi had been targeting from Day 1 as a system that contradicts democracy. The BJP started claiming that the Congress did not look beyond the Nehru-Gandhi family despite having several icons. It never cared to honour those figures that did not have the Nehru-Gandhi surname. Since the Congress’s dynastic politics is something that has seen a popular backlash in today’s India, this move helped the BJP.

The saffron camp started hero-worshipping those leaders from the Congress who were allegedly less remembered or forgotten in comparison with the likes of Jawaharlal Nehru and his descendants. While Patel is one, former prime ministers Lal Bahadur Shastri and PV Narasimha Rao are two other names.

This counter-strike by the BJP by glorifying Patel’s name (his birthday was announced as National Unity Day and Modi even set up the world’s tallest statue honouring the ‘Iron Man of India) pulled the carpet out from below the Congress’s feet. Till now, it was happily extracting sympathy on October 31 when one of its most popular leaders was killed by her Sikh bodyguards. The grand-old party had been claiming that she had given her life for the country. But once Modi made October 31 worth remembering for a birth more than a death, the Congress received a double blow: of losing an icon to the BJP and of helplessly witnessing the honours getting divided between Patel and Indira on October 31.

By highlighting Patel over the Gandhis, Modi and Amit Shah also ensured that they saved the Gujarati pride for the Congress, by allegedly giving Patel less focus compared to the Nehru-Gandhi family, did not give the pride its due honour. This has helped the BJP’s political clout, generally in post-independence India and specially in Gujarat.