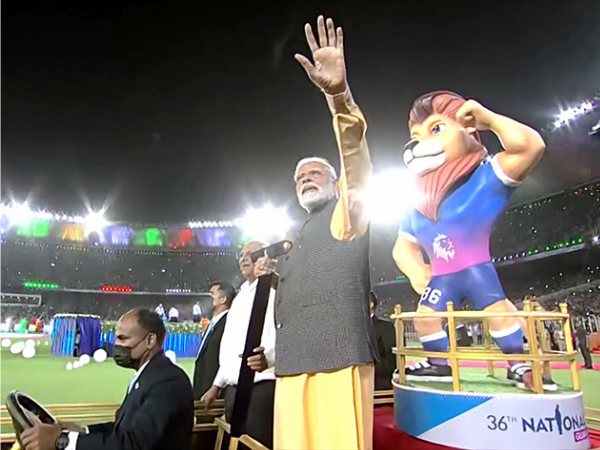 Indian prime minister Narendra Modi on Thursday (29) inaugurated the 36th National Games at a grand opening ceremony that took place at a stadium named after him in Ahmedabad in Gujarat, his home state.

Among other dignitaries that were present during the ceremony were Indian youth affairs and sports minister Anurag Thakur.

A number of noted sportspersons were also present at the opening ceremony at the Narendra Modi Stadium, including Olympic medalists PV Sindhu, Neeraj Chopra, and Ravi Kumar Dahiya. The stadium is the world’s largest stadium.

Sports is a great unifier. Inaugurating the National Games being held in Gujarat. https://t.co/q9shNsjA3A

The National Games are being held after a long gap of seven years because of obstacles such as the Covid-19 pandemic. Kerala hosted the last edition of the event which was held in 2015.

Gujarat took the initiative to host the sporting event this time and made it a success. Around 7,000 athletes from 28 states and eight union territories along with the services’ sports team of the Indian armed forces are participating in the National Games.

The event, which will continue till October 12, will feature 36 sporting disciplines.

Modi is currently on a two-day visit to Gujarat which will go to elections later this year. He will either lay the foundation or dedicate projects to the common people during the trip.