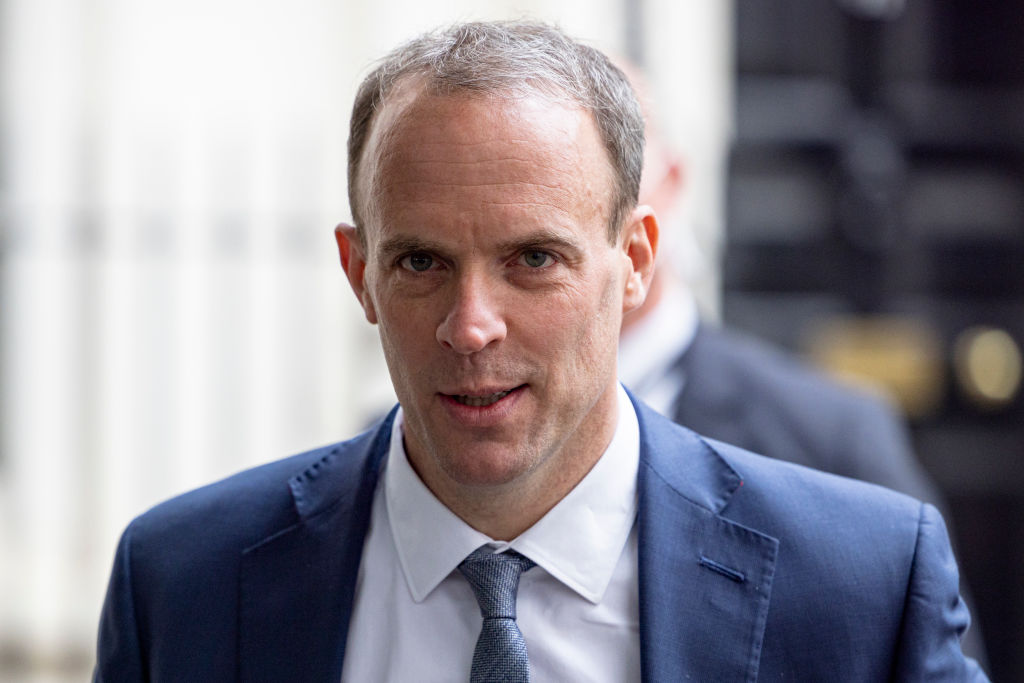 Members of the public want offenders sent back to their native countries, Raab told the Conservative Party conference in Manchester on Tuesday (5).

“In one case, a drug dealer convicted of beating his ex-partner, a man who hadn’t paid maintenance for his daughter, then successfully claimed the right to family life to avoid deportation.

“Conference, it is absolutely perverse that someone guilty of domestic abuse could claim the right to family life to trump the public’s interest in deporting him from this country. We’ve got to bring this nonsense to an end.”

The debate on deporting violent criminals has made headlines in recent years. Two men who were part of a gang in Rochdale, which abused young girls, are currently appealing against deportation orders served in July 2020.

Adil Khan and Qari Abdul Rauf, who have dual UK-Pakistani citizenship, were among nine Asian men convicted of sex offences in the northern town against vulnerable girls in 2012. Khan’s reasons for appealing his deportation came on the grounds of his right to a private and family life under the European Convention on Human Rights, and that he would be “stateless” after renouncing his Pakistani nationality in 2018.

Home secretary Priti Patel has repeatedly vowed to get members of the gang deported. Raab said he believed the reforms could be achieved without the UK leaving the European Convention on Human Rights.

“It’s the way it has been interpreted, in particular, the licence given to courts to adopt through judicial legislation ever more elastic interpretation of rights,” he said. “We can fix that and assert human rights in a positive way to end abuses of the system, but I don’t think we need to pull out of the European convention on Human Rights.”

During his speech, Raab also pledged to make the streets safer for women at night, referring to the recent murders of Sarah Everard and Sabina Nessa.

Everard, 33, was murdered after she was abducted from a south London street by a police officer in March. Nessa, a 28-year-old primary school teacher, was killed while walking to meet a friend last month.

“Making our communities safer, so that women can walk home at night without having to look over their shoulder, as your justice secretary, that is my number one priority,” he said.

“We will transform the way the justice system treats violence against women.”

The Metropolitan Police recently announced an additional 650 police officers would be patrolling across the capital.