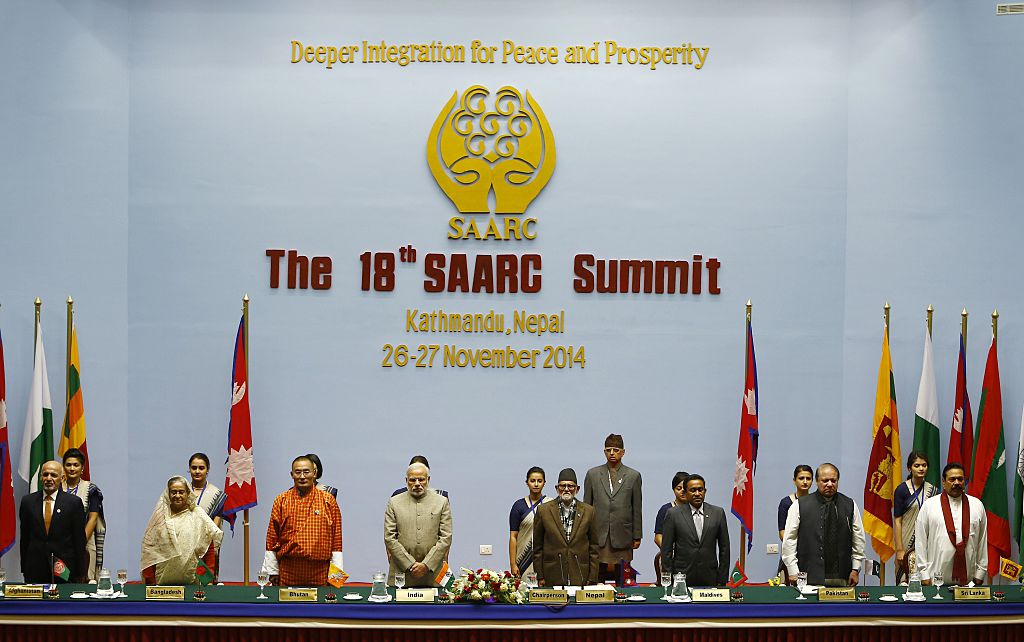 THE South Asian Association for Regional Cooperation (Saarc) – a regional platform including eight nations from the South Asian region – has received a blow since a meeting of the members’ foreign ministers which was scheduled to be held in New York on September 25 has been scrapped.

It was reported that some of the member nations, including India, objected to the proposal made by Pakistan to allow the Taliban to represent Afghanistan, the forum’s latest entrant, at the meeting. The meeting was cancelled as the members could not arrive at a consensus over the matter.

Nepal was supposed to host the meet, which is held annually on the sidelines of the United Nations General Assembly.

The Taliban, who have returned to power in war-torn Afghanistan last month and have Pakistan as one of their few allies in the world, are yet to be recognised by India till date. The new regime which came to power in Kabul is still not recognised by the world and some of its top cabinet ministers feature in the UN’s blacklist.

Amir Khan Muttaqi is the acting foreign minister of the Taliban-led government in Kabul and he is unlikely to attend any UN and affiliated meetings.

India has expressed concern over the Taliban’s return to power and alleged that its soil would be used against India by terrorist outfits based in Pakistan. Last week, Indian prime minister Narendra Modi said at the Shanghai Cooperation Organisation meeting that the Taliban’s government is a non-inclusive one and the international community must think before recognising it. He also mentioned that women and minorities have no representation in the new government in Kabul.

Asian News International news agency cited reliable sources to say that Pakistan had asked Nepal to give in writing that Ghulam M Isaczai, who was appointed as a permanent representative by the former Ashraf Ghani government in Afghanistan, will not attend the ministerial meeting. Nepal refused to oblige and asked that if Isaczai himself was keen to attend the meeting, how he could be stopped?

The controversy snowballed and eventually the meeting was cancelled. No Saarc nation, apart from Pakistan, has officially recognised the Taliban government and Islamabad is making an all-out effort to get it a global recognition.

The Taliban, who were toppled in the US-led invasion in 2001 post the 9/11 attacks, have reportedly nominated their Doha-based spokesman Suhail Shaheen as Afghanistan’s UN ambassador after being asked to address world leaders at the United Nations in New York this week.

Speaking of Saarc, the platform’s journey has always been bumpy owing to tensions between its two biggest members – India and Pakistan. The body was formed in 1985 but in 36 years, it has seen only 18 summits having taken place, the last of which happening in 2014.

Pakistan, which is eager to host the next summit of Saarc after the 2016 edition which it had planned was cancelled following a terror attack on an Indian Army camp in Jammu and Kashmir, said in April this year that the summit can be held only if “artificial obstacles” placed in the way of the summit are removed.