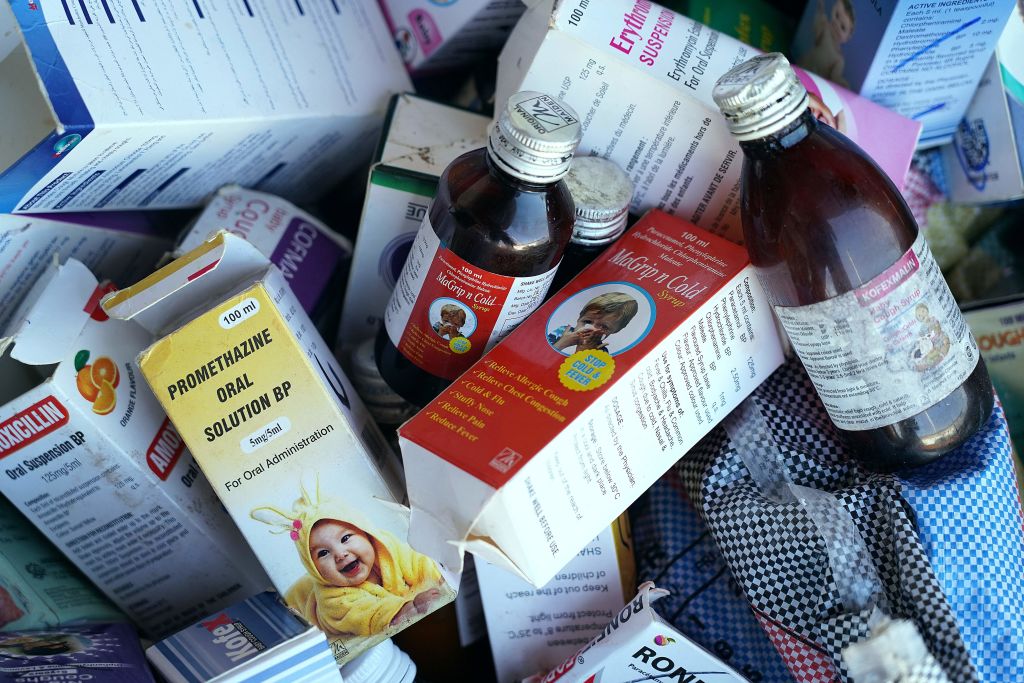 With the tragedy around the death of 66 children in The Gambia linked to a cough syrups manufactured in India snowballing and authorities in the west African country investigating the matter, mothers of the ill-fated children spoke up over their loss demanding justice.

Marian Kuyateh lost his 20-month-old son Musa, one of the 66 kids who are thought to have died after consuming cough syrup that had been “potentially linked with acute kidney injuries”, the World Health Organisation has said.

She was in tears remembering how his son died in September. A resident of Serrekunda, the largest city of The Gambia, the 30-year-old mother told BBC that Musa’s sickness began as a flu and after consulting a doctor, her husband bought a syrup to treat the problem.

“When we gave him the syrup, the flu stopped, but it led to another problem,” Kuyateh was quoted as saying. She added that her infant son stopped passing urine.

She took him back to the hospital where Musa was made to undergo a blood test. He was given another treatment which did not work. A catheter was fitted but yet he did not urinate, the report added. A surgery followed but Musa’s condition did not improve and the child eventually died.

The WHO recently raised a global alarm over four cough syrups in connection with the children’s deaths.

While the Indian government is also probing the matter and there are reports claiming that Maiden had flouted rules in the past, the general mood in The Gambia is angry.

The country’s own authorities have come under pressure as there is a growing demand for the resignation of the Gambian health minister, Dr Ahmadou Lamin Samateh, besides prosecution of those who import drugs.

“Sixty-six is a huge number. So we need justice, because the victims were innocent children,” Kuyateh said.

Mariam Sisawo is another woman whose five-month-old daughter Aisha also fell victim. One morning, Sisawo found that his child was not passing urine after she took the cough syrup. The 28-year-old mother was told during an initial visit to the hospital that Aisha’s bladder had no problem. But still she had to take her daughter to the hospital on two more occasions before the child was referred to a hospital in Banjul, The Gambia’s capital, located about 36 kilometres from their residence in Brikama, BBC added.

Aisha died there after five days.

“My daughter had a painful death. At a certain time when the doctors wanted to fix a drip on her, they could not see her veins. Myself and two other women in the same ward, we all lost our children,” Sisawo told BBC.

“I have two sons and Aisha was the only girl. My husband was very happy to have Aisha and he still can’t come to terms with her death,” she added.

Sisawo believes the country’s government should have been more careful.

“This is a lesson for parents, but the greater responsibility is with the government. Before any drugs get into the country, they should be properly checked if they are fit for human consumption or not,” she said.

The Gambia presently does not currently have a laboratory for testing whether medicines are safe and they have to be sent abroad for checking, Gambia health services director Mustapha Bittay told the BBC‘s Focus on Africa programme.

On Friday (8), The Gambian president Adama Barrow said the country planned to set up such a laboratory.

In an address to the nation on television, he also asked the country’s health ministry to review relevant laws and guidelines for imported drugs.